Over the Thanksgiving weekend my brother and I were invited to go bikepacking for the first time with fellow Team Athletic Mentors rider Joel Bretzlaff near Cadillac. Not surprisingly, the weather 180 miles north of where you live is bound to be colder and more wintery. But our expedition would not discover that until it was too late to turn back. This is my bike setup.

All four of us (James Meyer, Joel and Jason Bretzlaff, and I) are experienced campers and backpackers, but this adventure would still have us venturing into uncharted territory literally and figuratively speaking. Due to our limited experience in bikepacking, we had none of the required specialty gear like frame bags (storage that goes within the front triangle of your bike), large saddlebags, or front racks for carrying the larger items, and almost everyone went about acquiring these items in different ways. James and I borrowed gear from some avid bikepacking friends. I also built my own front rack with machined aluminum mounts, and an old 2×4, which I strapped the 4-person tent that we all slept in for two cold, snowy nights. Jason also fabricated most of his gear, using handlebar extenders for a front rack, and taking advantage of this impressive sowing skills to make his own frame bag.  The tent is the large roll strapped to the front, the frame bag is the dark grey triangle filling up the front triangle of my bike, and the saddle bag is the large bag sticking way off the back of my bike. All this gear plus the bike ended up weighing about 54lbs 9oz. Picture from the first singletrack we rode.

A successful bikepacking trip cannot be completed without teamwork, and on this trip, we split the load of everything up evenly among our four team members. James and I carried the tent and the rainfly, Jason carried the Jet Boil, for boiling water to heat our food, and Joel carried
extra food for the group, and navigated us through the snowy forest on a route of his own design.

The planned trip was a 90 mile ride over the span of three days and two nights, starting on Friday and finishing on Sunday. The first day we started at Red Bridge River Access and rode 23 of our 25 planned miles through beautiful singletrack of the North Country Trail, blanketed in 3” of sticky Picture from the single track just before the road into Mesick.

snow. For the first five miles of the trip, we were making fresh tracks. After about 13 miles of singletrack we rode pavement into and through Mesick, where we learned the dangers of icy pavement. Then we continued onto dirt forest road, and then finally a few more miles of singletrack, to where  we hiked a few hundred yards off the trail and farther into the snowy wilderness and set up camp. After clearing away the snow and setting up our tent and sleeping arrangements, we boiled water for our dinners and headed to bed, preparing for the hardest stage of our journey, the 45-mile day of singletrack and forest road that awaited us tomorrow.

The next day we were low on water from hydrating while riding, and from boiling it for dinner from the night before and breakfast from that morning, and eventually we would need to find more if we were going to make the full 45 miles planned for the day. With that thought, we began our day on singletrack, descending into the river valley, and soon we reached a bridge where we would have to cross the river. This spot would be our last opportunity to refill on water, so it would have to get us through the rest of today, and all 20 miles of tomorrow. After filtering, we began to climb back out of the valley on the singletrack. Throughout the day we rode many miles of singletrack, forest roads, and ORV trails, all covered in 4 inches of snow and counting. The two main challenges for that day were the huge distance we needed to cover, and the forecasted 3 inches of new snow we were going to receive along the way.  As the day wore on, we began to get tired, and run out of food. Our initial plan was to camp at the top of Briar Hill, the highest point in the lower peninsula, but we would not make it past that point until the next morning. As the group lost steam and proclaimed they could go no further, we set up camp, made dinner, and went to bed. Over night the snow kept falling. In the morning, we used a large portion of our remining water, and almost all of our remaining food. The main challenge for our final day would be keeping a positive attitude riding through about six inches of snow, with dwindling energy and resources, through even more accumulating snow. This would prove to be a difficult challenge, as temperatures continued to drop.  However, despite adversity, we managed to push through the wind and snow all the way back to our start point at Red Bridge. Though this trek was very challenging and difficult and even painful at some points, I very much enjoyed the experience, and would definitely do it again. I would recommend bikepacking to any serious cyclist who also has a love of the outdoors, although maybe make your first-ever trip in the summer when there won’t be six inches of snow hindering your progress every pedal stroke. 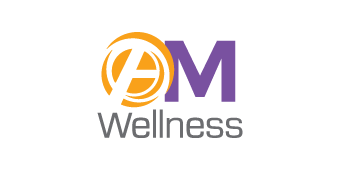